Located in Hackney Wick, the venue is a bar, bottleshop and centre of excellence providing training for the drinks trade. It features London’s first and only dedicated barrel-aged sour blender.

Taking influences from American bottleshops, Belgian beer bars and geuzeries, and the rustic feel of the British beer movement, the new venue combines an airy, comfortable taproom with a world-class selection of beers to drink in or take away, along with a wide array of artisan wines, spirits and bar snacks.

As its name suggests, beer is the main stock-in-trade at The Beer Merchant’s Tap.

Along with selling several draft craft beers at the bar, it also stocks more than 500 canned or bottled speciality beers from around the world.

It needed a large-capacity solution that could showcase its huge range of beers in the best possible light, but also keep them in peak condition at the right holding temperature.

The venue itself has undergone a huge transformation following a significant investment, so any solution we provided had to sit well within its surroundings. 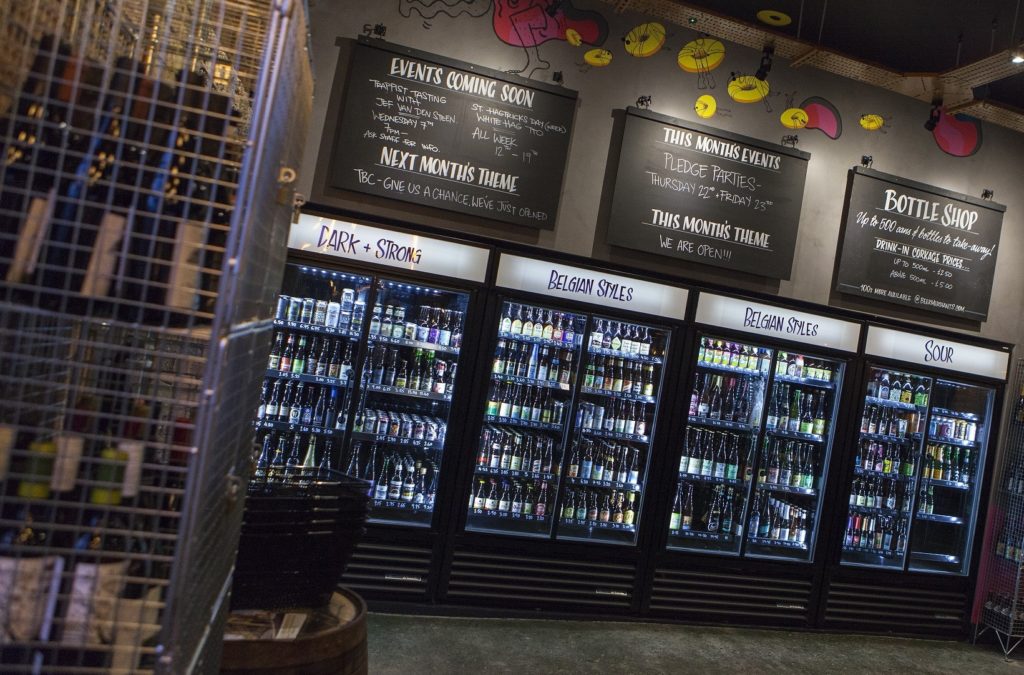 So, the challenge to True was to come up with a solution that not only looked great, in keeping with the modern, minimalist décor of the venue, but was also capable of delivering on performance, temperature control, efficiency and reliability.

True specified and supplied seven of its visual merchandisers to the venue, which are utilised to stock and display the Tap’s range of 500 bottled and canned craft beers, which come from all over the world.

They come with low-profile ‘thin bezel’ swing doors with no centre mullion for maximum product visibility and deliver consistent low holding temperatures, making them perfect for keeping the beers in their peak condition. Cantilever shelves hold more weight and better display contents, because the customer view isn’t obstructed by interior pillars or metalwork.

It was important for the units True supplied to not only to look great in situ but also be capable of holding an optimum temperature to ensure the beers remain in peak condition and lose none of their unique flavour characteristics, which can start to break down if they get too warm or be undetectable if served too cold.

We were able to deliver a customisable solution which looks stylish, enhancing the atmosphere and aesthetic appeal of the venue, and also ensures that products are kept in the best possible condition to help maximise customers’ enjoyment. 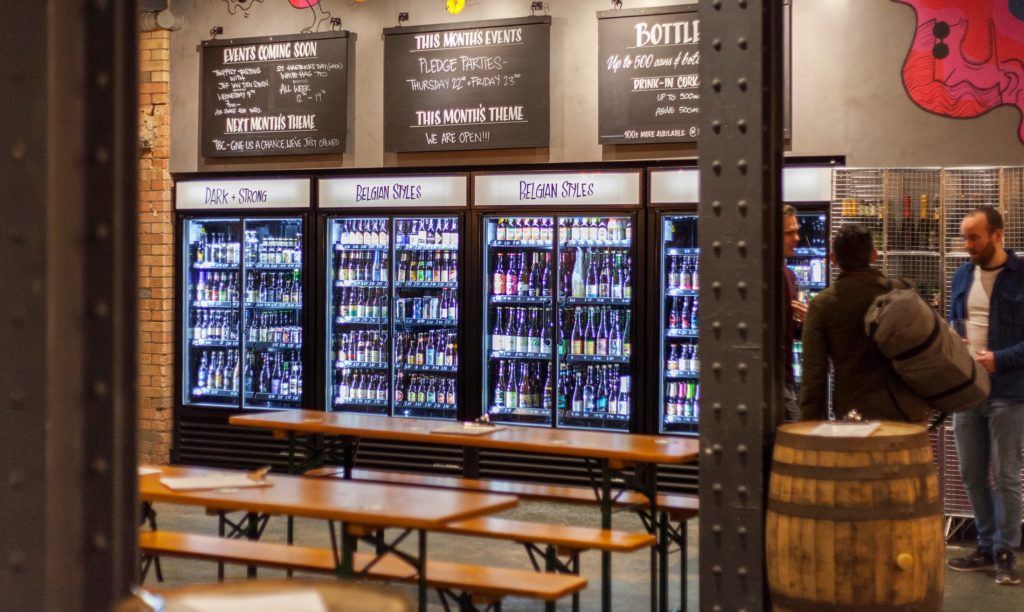 “We’re really chuffed with the way the fridges complement our bar visually, and how efficient and quick they are to chill down our beers, which is really important in a high-turnover pub.

“With more than 500 products to display, the wider fridge windows have really helped us maximise space and customers are commenting on how great the selection and the fridges themselves look.”

See how we can help you. Make an enquiry

We use cookies on our website to give you the most relevant experience by remembering your preferences and repeat visits. By clicking “Accept”, you consent to the use of ALL the cookies.
Cookie settingsACCEPT
Manage consent