Would you like to go to the site?
Yes No

Consumer Reaction to the Closure and Reopening of The Hospitality Industry 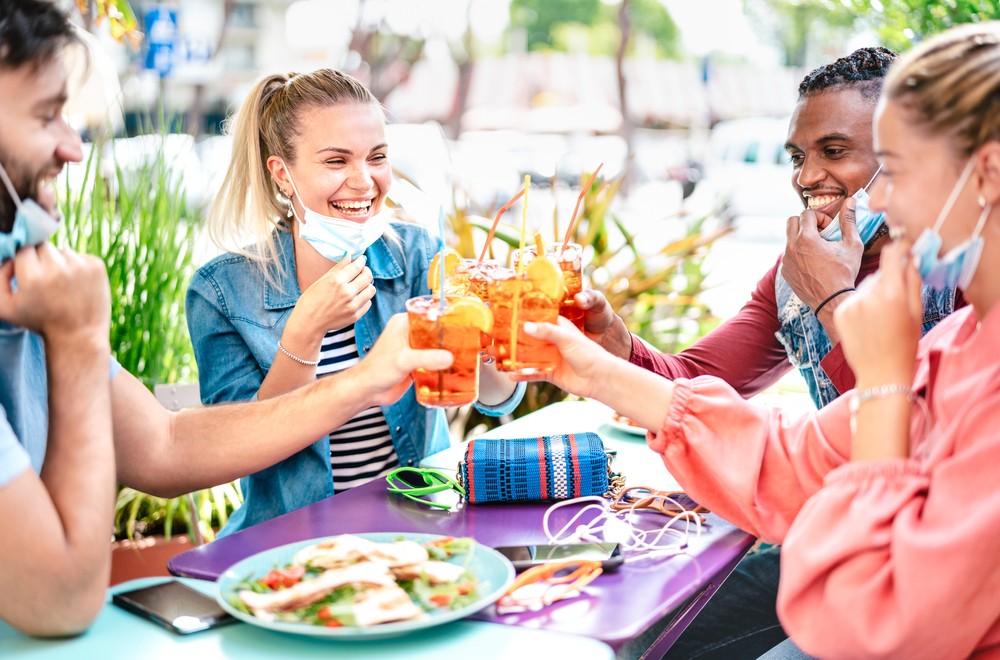 The hospitality sector has been one of the hardest hit by COVID-19.

In this piece, we explore the impact Coronavirus has had upon the industry and how consumers have reacted to the trials and tribulations the sector has faced in the past five months.

In March 2020, the vast majority of UK hospitality businesses were forced to close due to a nationwide lockdown. While a select few managed to continue trading to some capacity, for most, it was a case of waiting and wondering when.

While some utilized lockdown rules to operate as takeaways or offered their services up to key and NHS workers, many ceased trading until they were able to reopen again. Before regulations were eased, around 11% of businesses remained open mainly in a takeaway capacity. At one point, almost 90% of the sector was closed with the remainder operating at significantly reduced levels. [Source: UKHospitality]

According to APPG, the hospitality sector faced significant shortages of cash before the shutdown decision, with many businesses operating far from capacity for months prior to closure due to a quieter period after the Christmas period.

As lockdown continued and business doors remained closed many restaurants announced the permanent closure of sites, including huge chain names like Chiquitos. Providing a stark representation of the long-term changes Coronavirus has had on the hospitality scene. 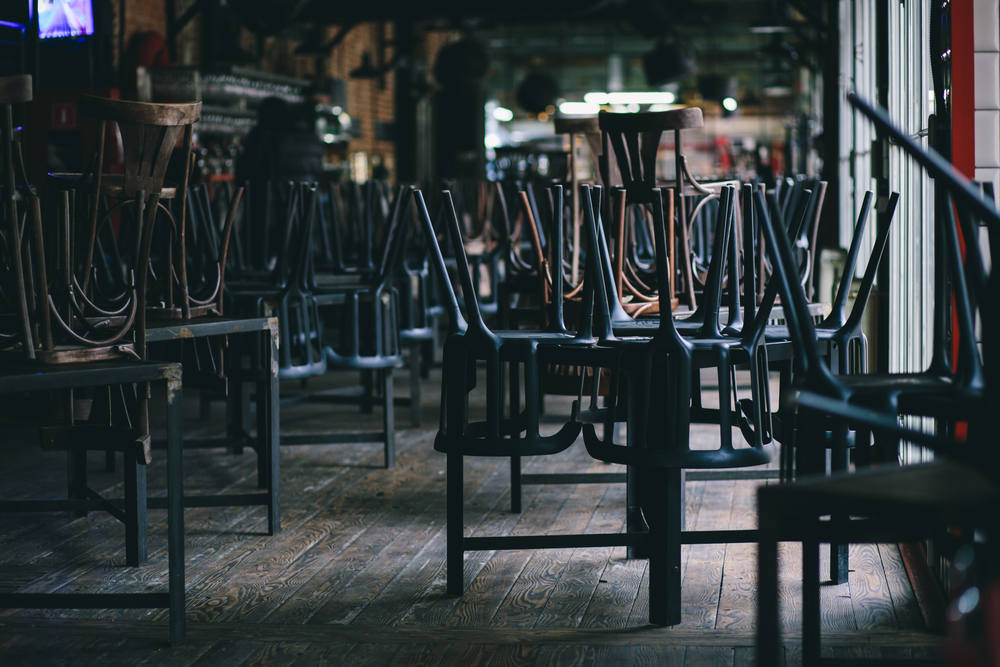 Restaurants were left empty during lockdown.

With much of the population being asked to stay home and follow distancing guidelines, once-bustling restaurants and cafés sat empty. This left consumers hungry for what they were missing and businesses thinking of new ways to keep in touch with their customer base. A survey stated that consumers missed visiting cafés and coffee shops most after their family.

Increased amounts of time at home saw an increased number of consumers embracing home cooking, with 30.7% of people listing baking and cooking as their newfound hobby during lockdown. People began making their version of fast-food favorites, complete with DIY packaging and homemade versions of closely guarded recipes – a popular lockdown-friendly option being McDonald’s.

Nando’s, Wagamama, and McDonald’s were just a few of the eateries who gave the general public a sneak peek into what it takes to create some of their much-loved meals. McDonald’s delighted followers by revealing the recipe for its Sausage and Egg McMuffin. While Nando’s released a Cheesy Chicken Toastie recipe for chicken lovers everywhere.

For businesses that didn’t completely shut up shop, the rush to evolve helped keep themselves afloat and customer’s bellies full. Many food and drink businesses reinvented themselves and shifted their offer, some turning to takeaway, others offering hampers and fresh meal kits.

Recognizing customer demand and striving to adapt marketing messages, many popular restaurant chains released recipe details of some of their famous dishes so consumers who were missing out could make their version at home.

It’s interesting to note that while businesses had to react quickly to survive, many consumers continued to spend with those who had evolved to suit circumstances. Displaying both demand for service and loyalty and support to a struggling industry. But despite a strong yearning among the UK public to resume visiting hospitality businesses, an Allegra Strategies survey found the majority of consumers thought businesses should have remained closed while there was still a threat to public health.

As the Government eased lockdown restrictions, many of the UK’s hospitality businesses reopened their doors on July 4th, but with added social distancing rules.

While there were queues outside some pubs with eager Brits ready to taste their post-lockdown pint, new regulations paired with public unease put a strain on a successful return to ‘normality’. Figures suggest that the general public failed to embrace the reopening, with pubs that were open in the week beginning 6 July 2020 posting a 39% decline in sales compared with the same period last year, while bars were down 43% and restaurants down 40%.

The disappointing return encouraged industry leaders to demand Government support. And their pleas didn’t go unnoticed. The Eat Out to Help Out Scheme was announced on July 8th to be introduced on August 3rd. 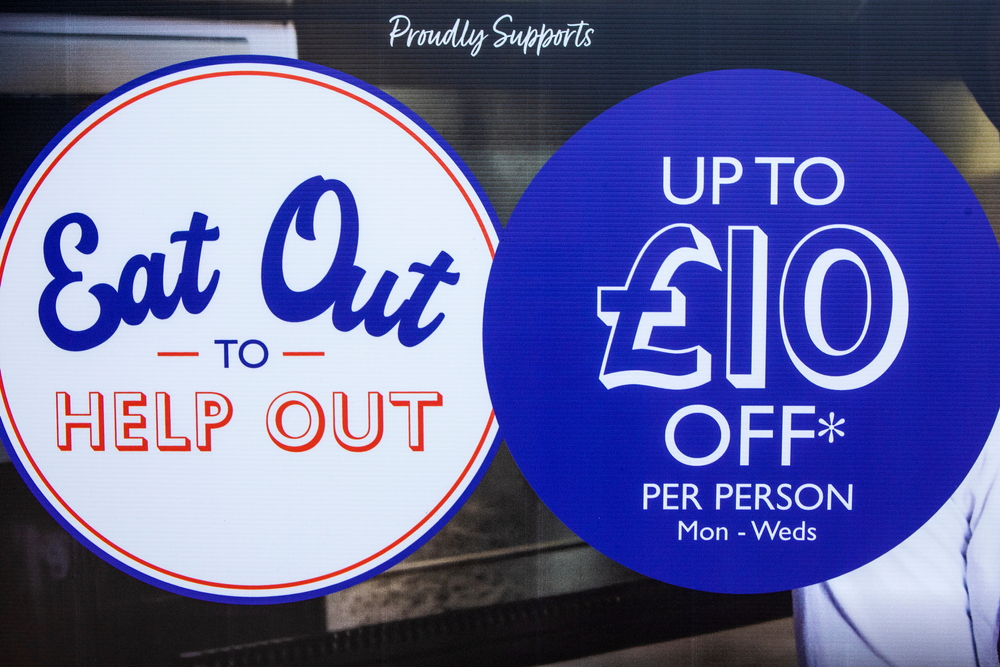 The Eat Out to Help Out scheme was utilized by over 80,000 eateries.

Under the scheme, the Government announced it would subsidize 50% of food and soft drink bills up to a maximum of £10 per head from Mondays to Wednesdays throughout August. More than 83,000 restaurants signed up to take part, including fast-food outlets and Michelin-starred restaurants. It was hoped that the scheme would drive the public back into restaurants following the temporary closures and help protect the livelihoods of the 1.8 million people employed across the industry by increasing covers on what are typically quieter days.

In the first week of the scheme, diners tucked into more than 10 million meals and visits to high streets after 6pm on Monday 3rd rose 19% on the week before, while lunchtime trips were up by 10%.

By the end of the scheme, it’s been estimated that it will cost the taxpayer £400 million, with diners enduring three-hour queues in order to get their hands on the discount. The Treasury estimates that the average claim is close to £5, and after 64million meals were claimed for during the first three weeks, the 80 million expected to have participated in the scheme will have cost the taxpayer around £400 million.

Despite the Eat Out to Help Out scheme finishing on August 31st, some cafes, and restaurants – including chains and independents – have opted to keep offering the discount.

UK chains Harvester, Tesco Cafe and Toby Carvery are among those who have said they will continue the scheme for part or all of September. Owners state that customers have reacted well to the scheme and the fact their favorite eateries have reopened. Others have commented that they believe the scheme has put the industry on the path of re-presenting to customers, giving them the confidence to come back.

Additionally, those who aren’t carrying on with the scheme can rejoice too. Data from the first week of the initiative does not seem to indicate a drop-off in trade between Thursday and Sunday when compared with the week prior, indicating that customers still chose to eat out as usual during these days, despite the lure of the discount at the beginning of the week.

However, numbers remain well down compared to last year. 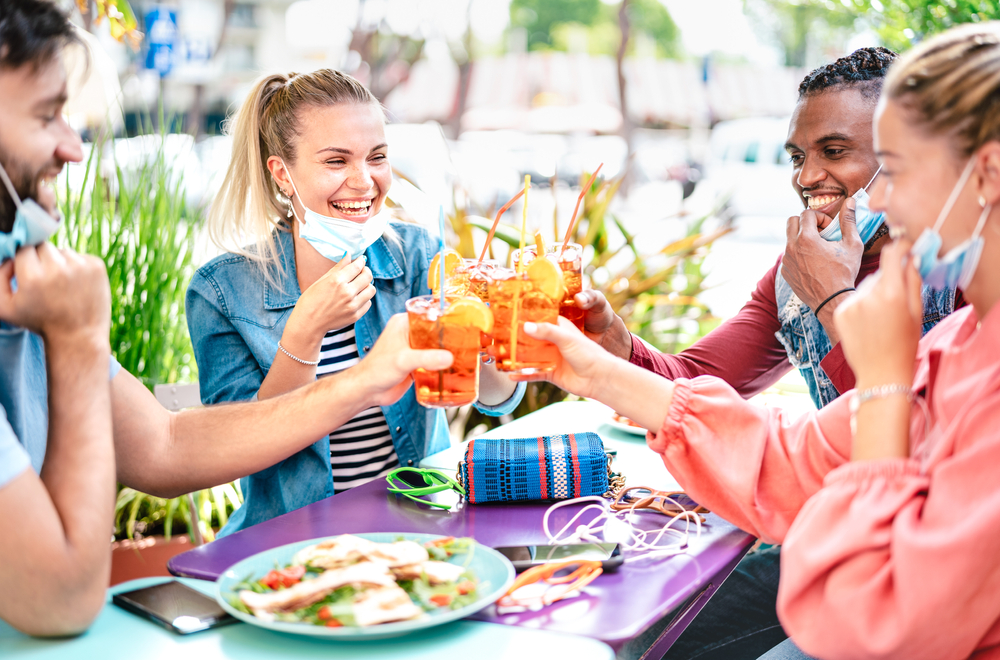 Data suggests that some consumers are still wary about eating out while the virus is still a threat.

There is an array of reasons as to why this may be. Fewer tables, limited availability, and job security to name a few. Contactless payments, one-way systems, and compulsory mask-wearing could potentially alienate a sizeable portion of consumers, especially the elderly. And many may feel uneasy about being around so many different people in such a small space, questioning their own safety and the premises’ hygiene standards.

Studies have shown that the majority of consumers are still uncomfortable with eating in a restaurant, with 54% saying it will take “months or longer” before they feel comfortable, despite the widespread success of the Eat Out to Help Out scheme.

Many restaurateurs have urged the Government to extend the Eat Out to Help Out scheme into September and beyond, with the hopes that it will continue to encourage consumers to dine out and tempt those who haven’t yet made a booking to consider doing so.

Looking to The Future – What’s Next for UK Hospitality?

A survey submitted to the APPG suggested that businesses are expecting a very slow recovery in the second half of 2020. But what else can we expect?

Most restaurants have been offering disposable menus to help eliminate the risk of cross-contamination, however, when surveyed, 65% of UK consumers said they would prefer restaurants to provide individual packs of cutlery and napkins, rather than reusable items. Is this something we could be seeing more of in the future?

As well as an increase in the public’s hygiene expectations, travel restrictions have also helped increase the number of Brits enjoying a staycation this year, with 24.9% of consumers saying they’d prefer to holiday in the UK until there is a Coronavirus vaccine. This increase in holidaymakers paired with the Eat Out scheme could provide a much-needed boost to the UK’s hospitality scene now and in the future, as travel bans and uncertainty are predicted to be carried well into 2021. 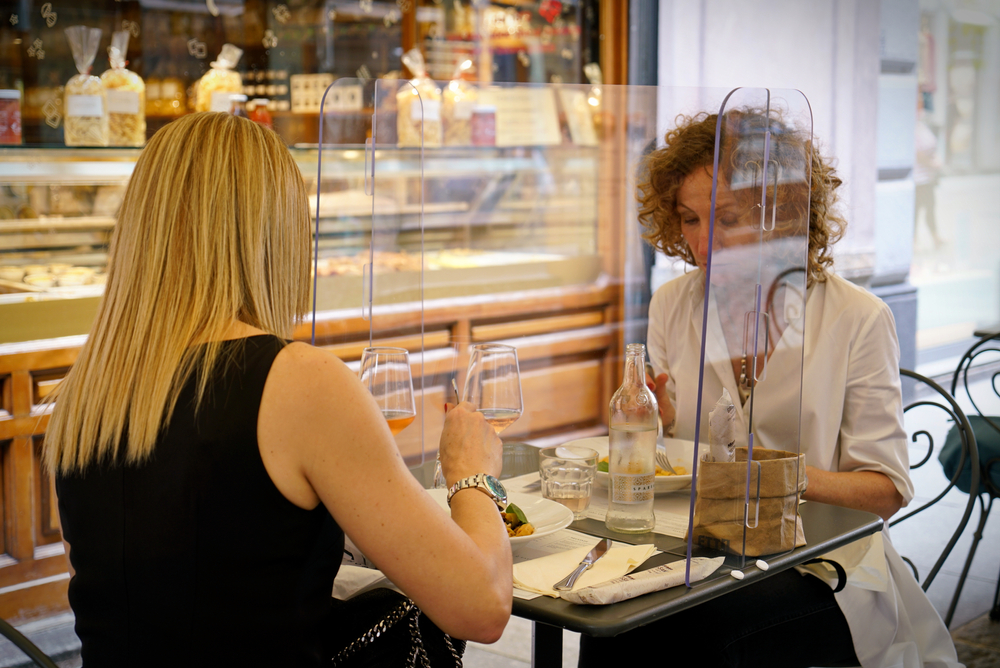 Various restaurants have also been able to provide a safe place for diners this summer with outdoor seating. Many businesses have been in talks with landlords and local councils to expand the space they occupy, but will this option be compromised by the British weather once the cooler months arrive? What measures will restaurants need to enforce to keep customers feeling safe?

As well as careful consideration of customer safety, there are now more choices to consider beyond the standard of hygiene. We expect consumers will now be looking more closely at the ingredients used, the traceability of where produce is from, and keeping an eye out for promotions and offers to entice them to dine.

These are unprecedented times and if the Coronavirus crisis continues to change the way our industry operates, we can expect even more impact on consumer behaviors.

Operators and suppliers must respond and modify for a new landscape. How you plan, market, and communicate with consumers is going to change.

Businesses have a renewed challenge to understand their customers in unprecedented times – what items are critical to them? Do they care about the quality of food? Is service most important? Can we raise prices or lower them? Or put more offers on? Is it important to use more local products?

These are all questions every operator must consider to satisfy the everchanging needs of the consumer. It will be essential to be different and understand consumer expectations going forward. 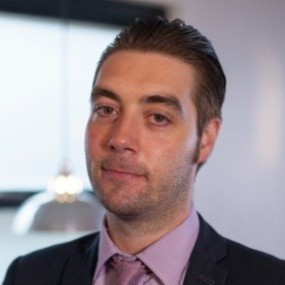 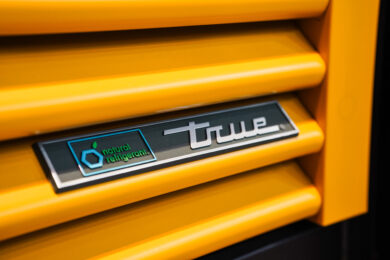 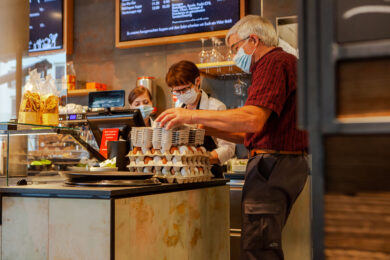 Tips to help you minimise waste, maximise margins and save time  Few people enter the hospitality business because they have a passion for managing kitchen… 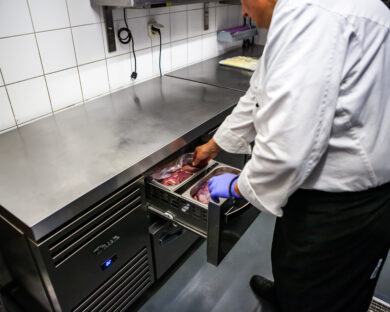 In commercial refrigeration, value engineering has been a contentious issue. There has increasingly been a lack of “total value” being considered. More often than not…